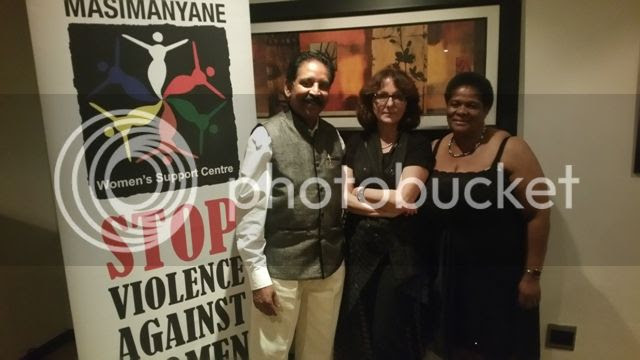 With the Honorable Mayor of East London, Alfred Mtsi 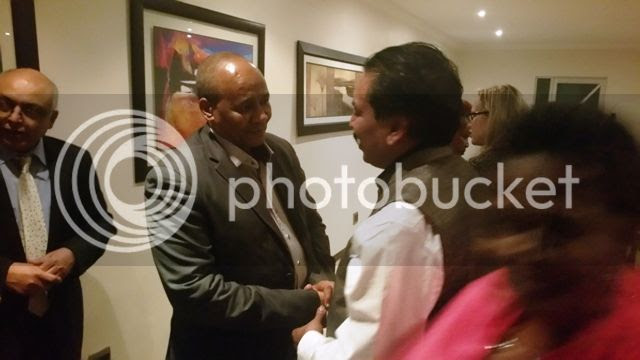 Posted by Amitabh Mitra at Wednesday, December 09, 2015 No comments: 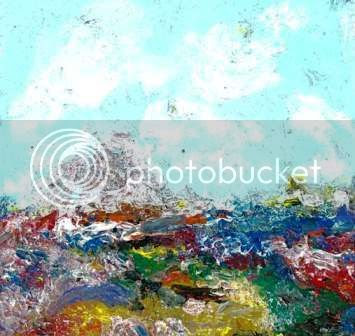 Posted by Amitabh Mitra at Saturday, November 07, 2015 No comments: 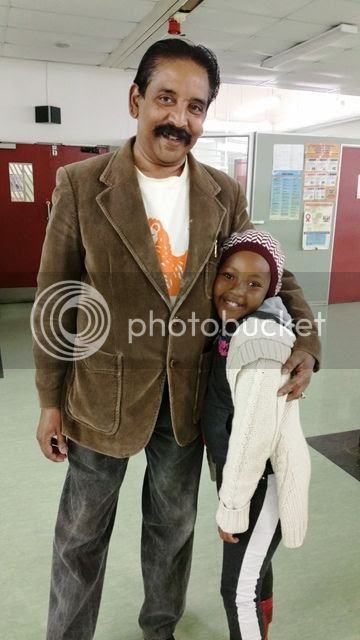 A happy patient is a satisfied patient
Posted by Amitabh Mitra at Thursday, November 05, 2015 No comments: 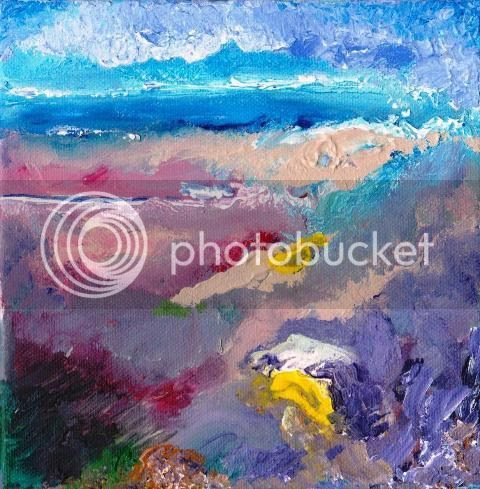 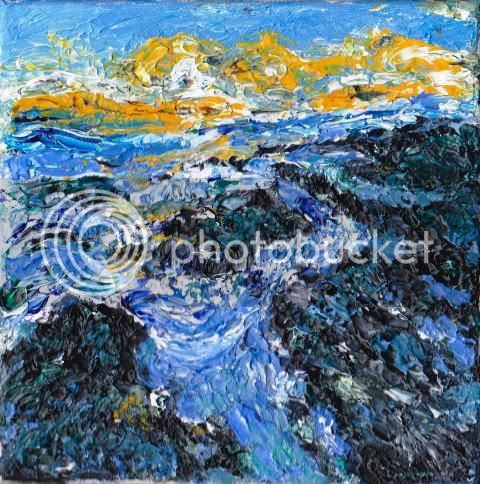 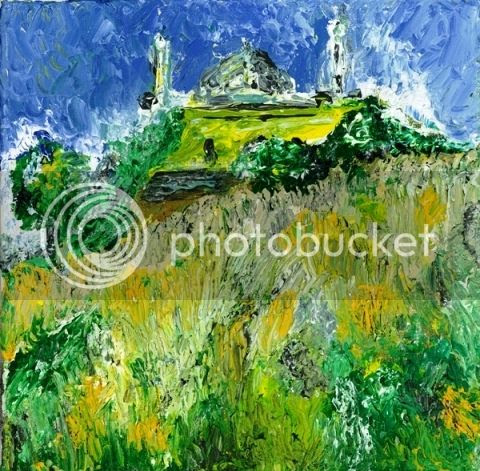 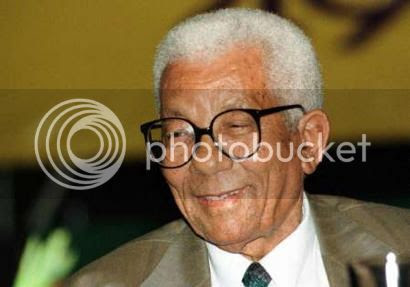 Drove down to Umtata through beautiful flowing hills and dales. Umtata, the capital of the former Bantustan of Transkei is 232 kms from East London. An independent republic during those turbulent times, I had entered this country in 1993 and joined the Department of Orthopaedics under the late Professor Chris McConnachie, an extraordinary surgeon with a Christian missionary zeal. The other person who made a permanent impression on me was Transkei’s then President, General Bantu Holomisa. An easily approachable and an amicable person, he converted Transkei into a hub of development. As a Member of Parliament now, with his own political organization, he remembers me with a broad smile whenever I go to meet him during his brief sojourns to East London. Not many countries of the world knew about Transkei. The government of India obviously did, primarily because of its interest in the struggle and the ANC office at Bhagat Singh Market at Delhi. Led by the iconic leader Comrade Mosie Moolah, the ANC office was later given full diplomatic status.

The world’s best known name and loved by all, Nelson Mandela came from the village of Qunu, a hamlet on the way to Umtata. It’s natural for me to relive the memories of Nelson Mandela as I approach Qunu and look towards his home on my way to Umtata. His closeness to Jyoti Bose was mentioned to me many a times.

After the democratic elections of 1994, Transkei and other such homelands were integrated into the new South Africa. Umtata was renamed as Mthaha and the University of Transkei became Walter Sisulu University. Water Sisulu was one of the foremost freedom fighters during the period of struggle against apartheid. He was also India’s close friend. Jailed at Robben Island for 25 years, he passed away on 5 May 2003. Walter Sisulu too belonged to Transkei, born in the town of Ngcobo

Our daughter, Shubhoshree studies Medicine at the Walter Sisulu University, Mthatha. As I enter the haloed realms of the university, I am also reminded of the Government of India’s highest award, the Padma Vibhushan presented to Walter Sisulu in 1997. Ela Gandhi, granddaughter of the Mahatma and also one the greatest activist in the struggle against apartheid was also decorated with Padma Bhushan in 1998.

Going to Transkei is like going back home. So much of memories, so much of life lived there.

Gopal Krishna Gandhi, grandson of the Mahatma became India’s High Commissioner to South Africa in 1996. He calls me Amitabh babu.
Posted by Amitabh Mitra at Sunday, October 04, 2015 No comments:

Notes from East London, A Moulana from Lahore

It’s 5 in the evening here. Popped in for my regular samosa and chai at a Bangladeshi takeaway near a mosque at central East London. Love discussing South Asian politics there. A Pakistani moulana with a long beard ( wish I could grow a beard like that ) surrounded by his Somali disciples holding prayer beads comes up, he starts a conversation in chaste Urdu with me, beleaguered only with equal enthusiasm by my Punjabi Urdu and a lot of body language, telling him the reason of this greatest rendezvous, being only the almighty Allah and nothing else.’ ‘Bhai jaan, Aap to humarey Lahore key nikley’ A big smile on both sides. Brother, Now I know from your accent that you are from our Lahore. The Bangladeshi chef, nonchalantly utters in Bangla at the same time, Dada, 'khabar toiree hoiy gechey'. The food is ready. 'Basayey giyey khaibo' I shall have it at home. Switching on to Syheti Bangla, I looked at Moulana’s utter confusion, ‘Upar wala junoon barsa raha hai aap par, masheallah phir miltey hain’.I tell him, The almighty is raining this obsession on you, We meet again
Posted by Amitabh Mitra at Sunday, October 04, 2015 No comments:

With my Miniature Art 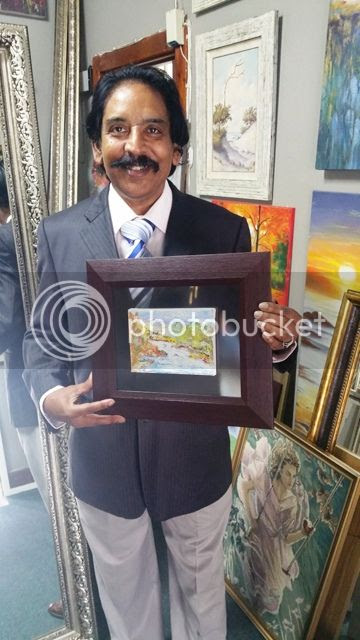 Acrylic on Canvas
Posted by Amitabh Mitra at Wednesday, August 19, 2015 No comments: 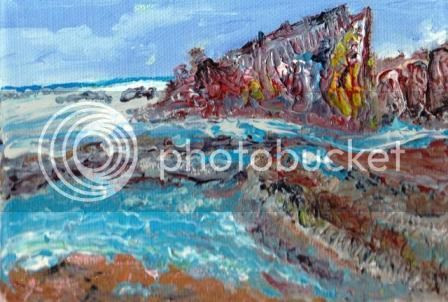 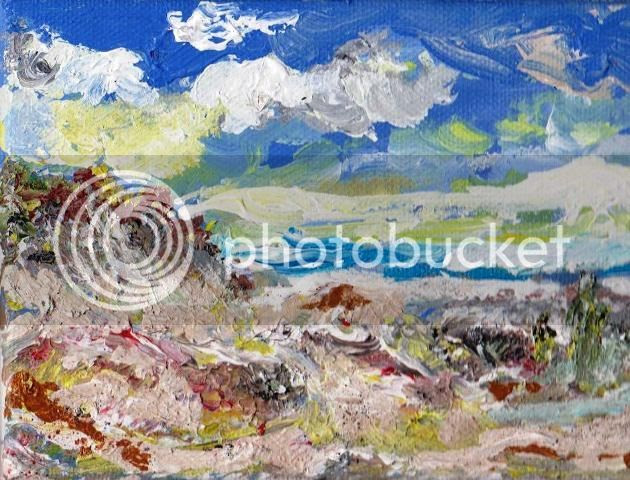 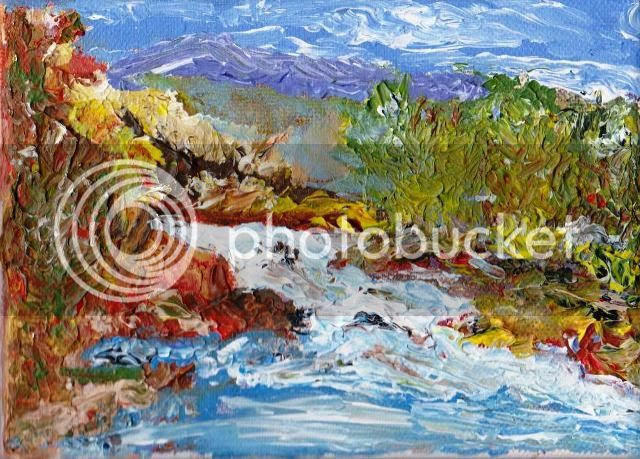 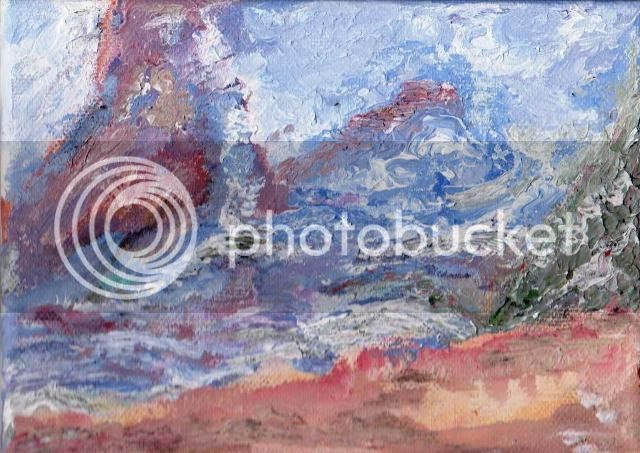 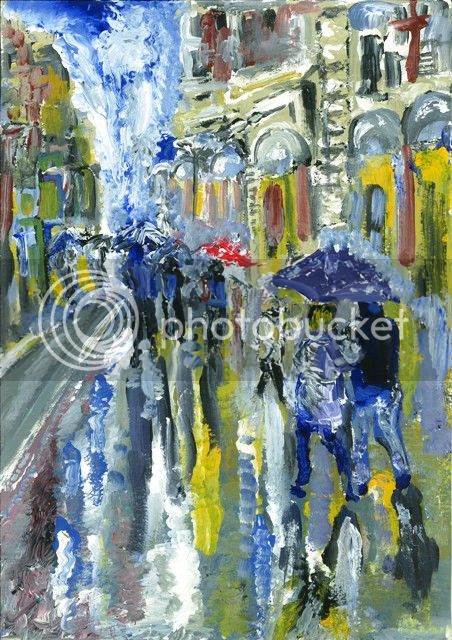 Stranger than a Sun, Poems and Drawings of Amitabh Mitra launched at India International Centre 3 March 2015 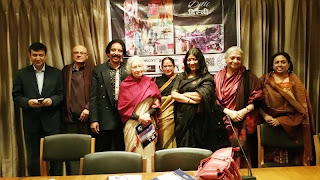 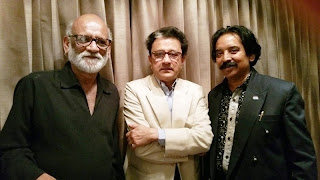 Seen in these photos

Posted by Amitabh Mitra at Thursday, April 30, 2015 No comments: 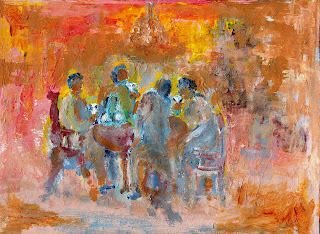 Buy Stranger than a Sun here, Poems and Drawings of Amitabh Mitra 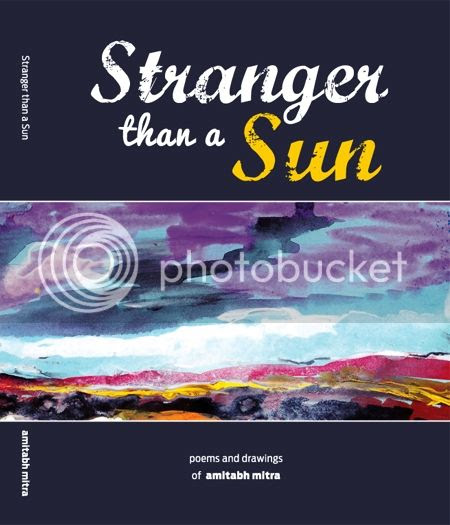 Stranger than a Sun is popular poet Amitabh Mitra's collection of Prose poems and Drawings. Weaving an incredible magic of moments, this collection spans in a semi autobiographical style, love poetry and charcoal drawings to places as remote as New Coochbehar and Along in Northeast India to African countries likes Niger and South Africa, threads joining to his hometown at Gwalior. Stranger than a Sun celebrates love poetry, it celebrates Gwalior too.

Buy Stranger than a Sun at Amazon, Click here
Posted by Amitabh Mitra at Saturday, February 21, 2015 No comments:

Stranger than a Sun, Poems and Drawings of Amitabh Mitra

A semi-autobiographical account in prose poems spanning my life in India, Bhutan, Niger, Zimbabwe and South Africa. Drawings of havelis, palaces and the fort of Gwalior.

Yet we are forever lonely. We were lonely even when we were together. Your sudden laughter at an afternooncafe in Connaught Place on that day made people turn and look at us. Your whispered smile said, Aren’t we all structures, trying our best to resemble each other. It was then my turn to laugh, spluttering Nescafe on your face. Loving was the ultimate loneliness then struggling to keep up with desperate evenings. And as we shared our nights of gentle violence, gentle killings, an evening took us back repeatedly to where we had never lived. This is the evening I try to share with you today. When the train comes to a screaming halt, these are evenings we could never correspond. Loneliness takes us over again with an avenging belief. 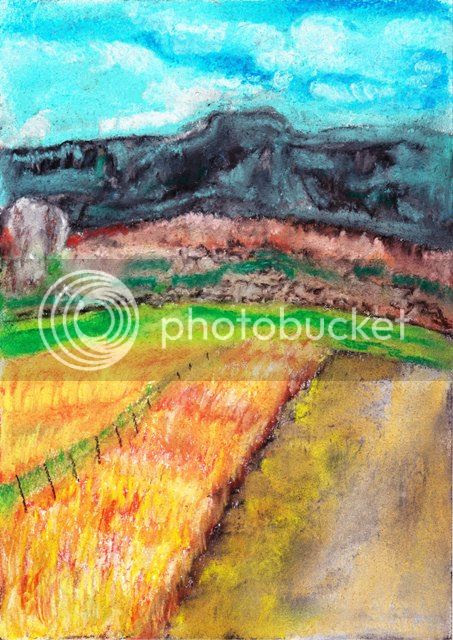 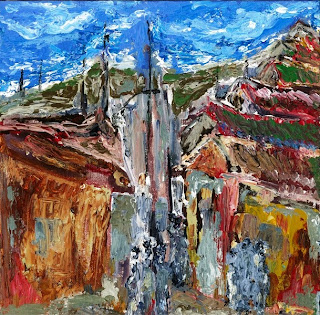